“As you can see, we of the Rito tribe are profoundly connected to the sky. We make our livings on the airways. We do so by the graces of the sky spirit, Valoo. When a Rito reaches adulthood, he or she journeys to the top of Dragon Roost to receive a scale from the great dragon. It is this scale that enables the Rito to grow his or her wings.” 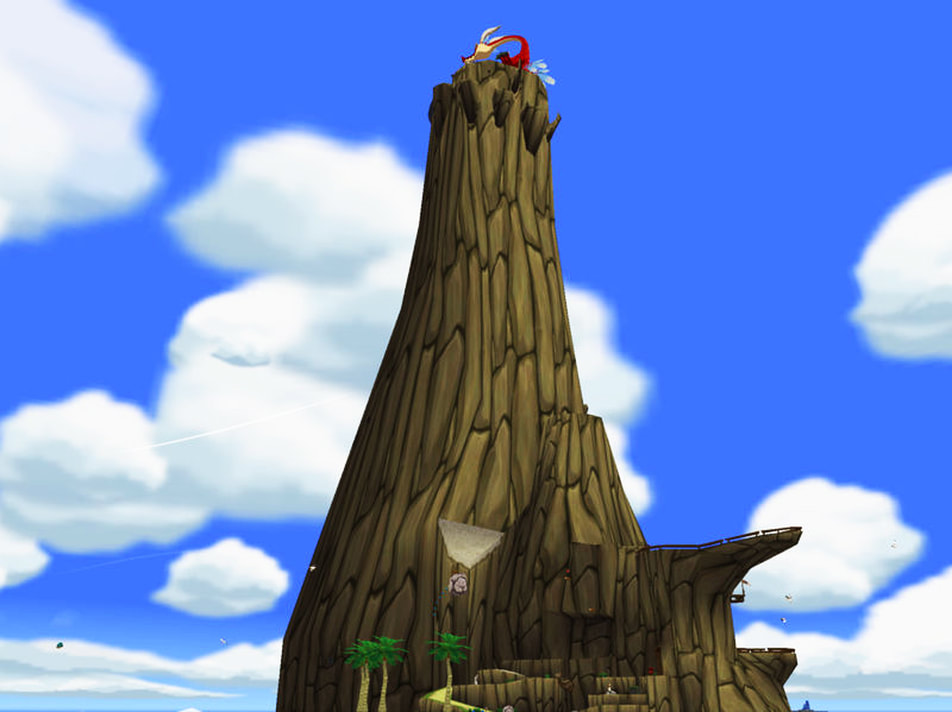 Famed most for its high-spirited musical theme, which resounds with elements of Andean instrumentation and liveliness, Dragon Roost Island is home to the industrious Rito tribe as well as the great Sky Spirit, Valoo, who dwells atop the mountain.  Most obvious, though, is the sheer immensity of the mountain in which the Rito make their home, considered by some to be the very peak of Death Mountain. [1]
The Rito civilization cannot, of course, be discussed without first discussing the Rito themselves. The Rito were originally the Zora, but as the Zora were not able to survive in the ethereal, illusory water of the Great Sea, they eventually evolved into the Rito, who, birdlike in appearance, are very much beings of the air and sky, instead of children of the waves and water. [2] Their chieftain explicitly states as much in Link’s initial visit to the island, as seen in the quote above. Their guardian spirit, the dragon Valoo, is the center of their known ceremonies; this is shown in the bestowing of a wing-granting scale to Rito Youth, and the fact that Valoo is served by skilled female attendants and their pupils. As well as housing the Rito patron deity of the sky, Dragon Roost Island is also home to the Wind Shrine, upon which rest the stone tablets of Zephos and Cyclos, gods of the winds. 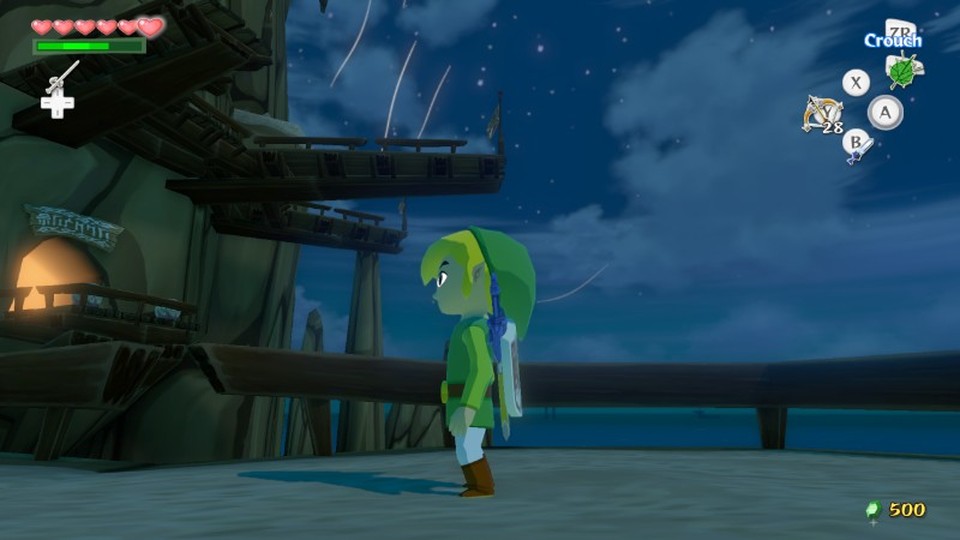 The exterior of the island shows the clearly-visible wooden runways, as well as special flags meant to detect the direction of the wind.
The Rito economy ostensibly relies upon their chief service: the delivery of the mail. [3] Their mountain, being the tallest land-form in the known world, provides an excellent vantage point for analysis of the weather and air currents, and the Rito ability to fly is contingent both upon meteorology as well as the grace of their guardian spirit. On the exterior of the mountain, the only visible architectural features are runways and the paths that lead to the main settlement inside.

While the layout of the community is simply a hollowed-out area ringed by rooms, and in which the two levels are connected by a simple ramp, the decorations proudly display the cultural heritage of the Rito, and celebrate their most prominent features through art. The walls of their rooms are covered in dried grasses and twigs that hang from the tops of the walls, colorful feathers are hung upon strings, and a nest-like thatched rug sits in the middle of most rooms, mimicking the nested floor of the main chamber. Even the doors resemble avian creatures. Like the earliest representations of humanity found in cave systems in France and Spain, with the human proclivity to anthropomorphize inanimate entities, embellishing them with human features, the Rito have taken the things most significant to them and placed them at the center of their designs.
The last place of importance on this island is Dragon Roost Cavern, which, to all outward appearances, is a simple mine; ragged supports hold up walls and passageways, shoddy wooden frames hold up the ceilings of many chambers, and lava snakes its way through natural passages in the stone. Doors within this cave are branded with the familiar sign of the Rito clan, and the mines are the chief way to reach their guardian spirit atop the mountain. In many regards, this cavern is similar to Dodongo’s Cavern in Ocarina of Time. There are similarities in atmospheric design, music, and in the existence of the cave-like mouths of dragons that ensconce the doorways of this dungeon system. In striking contrast to Valoo, however, the dragons represented in the mine are serpentine, fierce, and malevolent in appearance; they are much more akin to Volvagia in shape and features. The connections between these dragons, the Rito, and this cavern is unclear, but the several themes found here are inextricably linked to one another, and are too commonly seen together so as to be accidental.
Due to the inescapable rise of Ganondorf, each land is visited by unique adversity and a particularly-tailored destruction. And because each land and its peoples are different, the problems they face are never the same, making each solution a true and meaningful victory. On Dragon Roost Island, Ganondorf is waging a war that does not only take lives, but one which is directed toward the slow annihilation of a culture and way of life.

​“They will remain wingless, and in time, our very way of life will be threatened.”

[1] This theory has now been disproved with the release of the Zelda Encyclopedia in 2018. We know now that Zora's Domain became Dragon Roost Island, through some shifting of land and people.

[3] "They deliver letters and serve to connect the islands to each other." Ibid.