“This is but one of the legends of which the people speak . . . Long ago, there existed a kingdom where a golden power lay hidden. It was a prosperous land blessed with green forests, tall mountains, and peace. But one day, a man of great evil found the golden power and took it for himself. With its strength at his command, he spread darkness across the kingdom. But then, when all hope had died, and the hour of doom seemed at hand . . . a young boy clothed in green appeared as if from nowhere. Wielding the blade of evil’s bane, he sealed the dark one away and gave the land light. This boy, who traveled through time to save the land, was known as the Hero of Time. The boy’s tale was passed down through generations until it became legend . . . But then . . . a day came when a fell wind began to blow across the kingdom. The great evil that all thought had been forever sealed by the hero . . . once again crept forth from the depths of the earth eager to resume its dark designs. The people believed that the Hero of Time would again come to save them . . . But the hero did not appear. Faced by an onslaught of evil, the people could do nothing but appeal to the gods. In their last hours, as doom drew nigh, they left their future in the hands of fate. What became of that kingdom? None remained who knew. The memory of the kingdom vanished, but its legend survived on the wind’s breath. On a certain island, it became customary to garb boys in green when they came of age. Clothed in the green of fields, they aspired to find heroic blades and cast down evil. The elders wished only for the youths to know courage like the hero of legend . . . .”
​
— Prologue, ​The Wind Waker 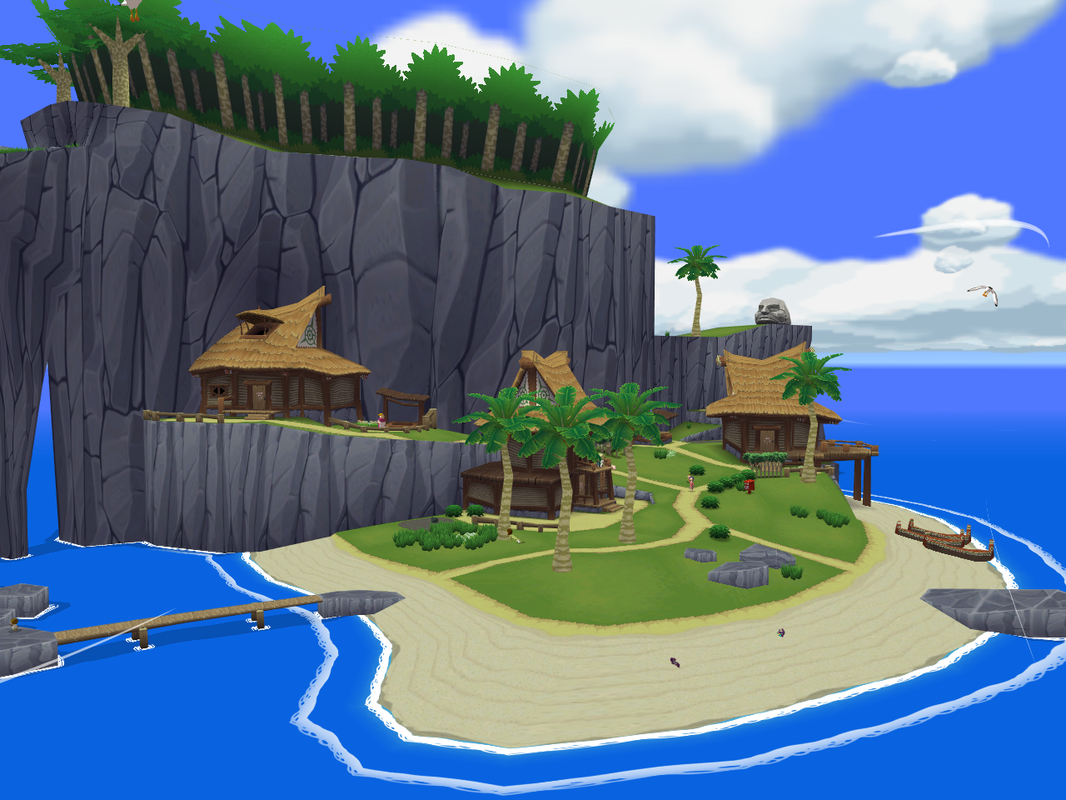 The entire world of ​The Wind Waker is based upon the loss of a previous civilization — one which is remembered and honored, yet ultimately shrouded in misunderstanding and mystery. Traditions, such as the garbing of boys in green when they come of age on Outset Island, attempt to bridge the gap between present and past, and inhabitants of many islands are quick to speak of the golden era that has since been lost. Vestiges of ancient Hyrule remain in the form of relics, ruins, and stories, and the atmosphere all across this land is heavy with nostalgia and remembrance. Like the Fall of Rome, which left a confused and wistful Europe in its wake, the lands and peoples of Hyrule have, throughout the centuries, constructed an elaborate, commemorative mythos to attempt to assuage a still-felt longing for that which is no longer. 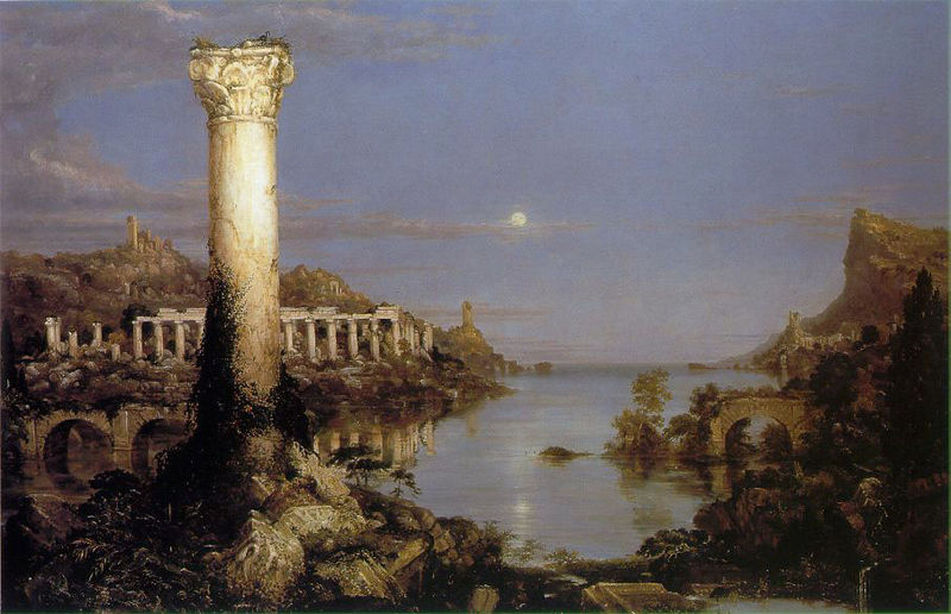 Thomas Cole — The Course of Empire: Desolation (1836) — Image in the Public Domain
Common to many stories that permeate our world, the role of Hero often falls to an ordinary person, living ordinarily, in a prosaic or inconsequential land, in times that are anything but. Oftentimes, this land, though unimportant on a world stage, is a blissful one, whose inhabitants humbly meander through the years, knowing no change, and largely wanting none. Outset Island is just such a place. Its isolation at the edge of the known world ensures tranquility, but only for a time. As with everything, change comes eventually, either slowly, or as a terrifyingly-swift event that signals the rise and journey of the Hero. The state of peaceful inaction is shattered, and, even after it has been regained, the residual scars will never fully disappear.

Outset Island is located in the far southern region of the Great Sea, and its tiny shores harbor a small and peaceful population.  Consisting of two islands joined by a wooden bridge, the inhabitants dwell on the island lowlands, while a circuitous path leads upward to the less-explored Fairy Woods, a distinct and isolated presence on the isle. 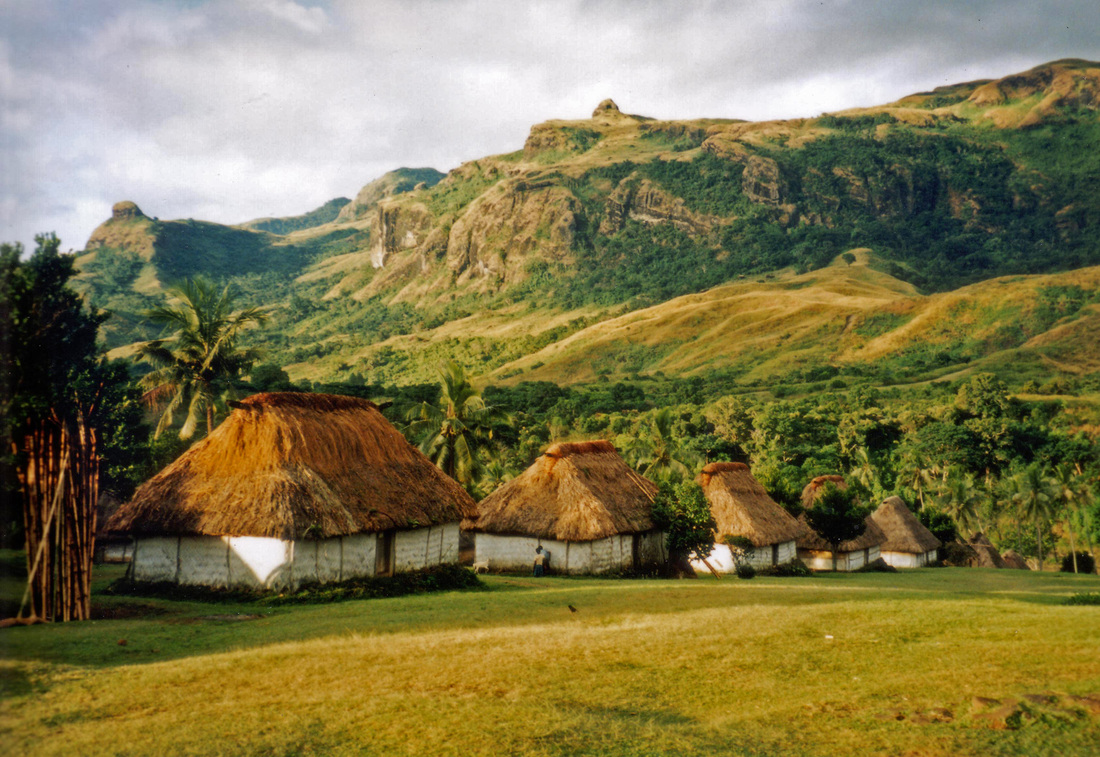 A row of Fijian Bure (hut) in Navala, Fiji. Photo Source: Wikimedia Commons — User: Merbabu
The houses on the island are quite standard for those found near water, being raised upon stilts and constructed of wood and thatching. Buildings such as these serve several functions. The raised platforms help protect against unnecessary water damage and light flooding, as well as serve as a barrier between unwanted animals and the humans that live above; an additional benefit is that the area under the house can then also serve as a place for storage or keeping livestock. The thatching and simple post-based construction make for cheap, and easily-replaceable, building materials.
While this style of house is not exclusive to any one area of the world, being the traditional form of housing of ethnic groups in regions from Yunnan Province in China to Samoa to the Yucatan, it is perhaps best exhibited in the tropical region of the Pacific islands. Structures such as these tend to bring up images of white beaches, palm trees, a sea breeze, and incredible sunsets. Depending on cultural specificities, these houses also range greatly in construction and layout, some being the dark, smoky meetinghouses of elders, while others are closer to open-air huts or pavilions placed at the edge of the sea. On Outset Island, they are more evocative of what many people think of as home; they are well-lit, cozy houses with sparse decorations and a friendly feel, completely at-home in their tropical surroundings. 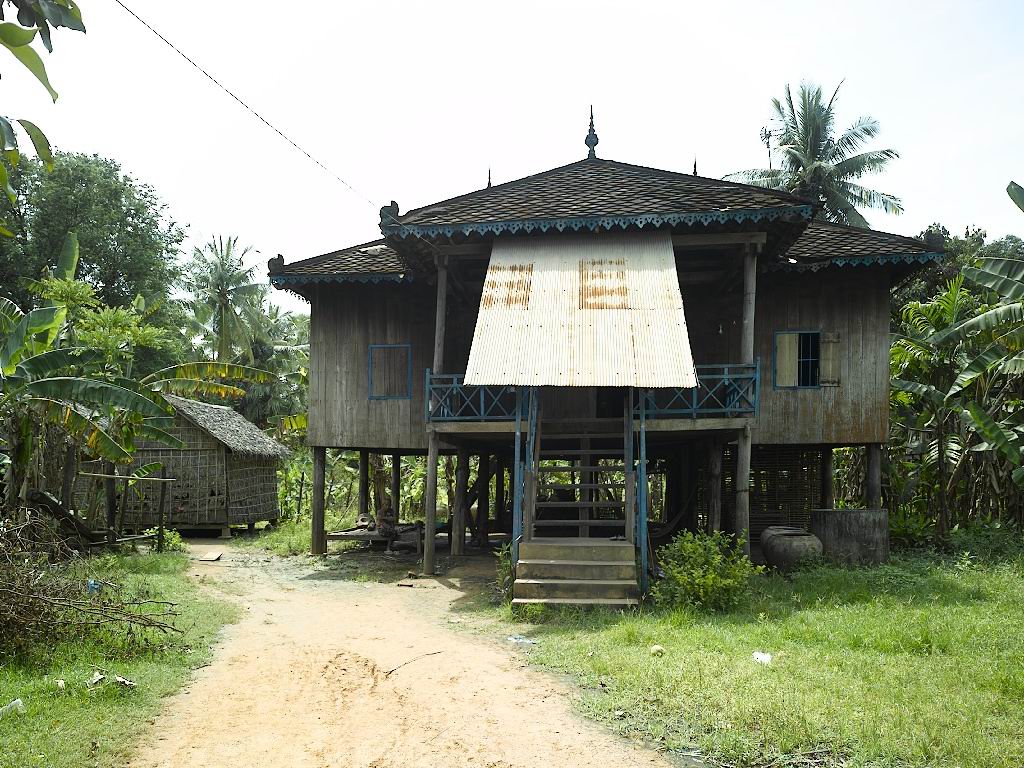 An example of traditional Khmer housing in Cambodia. Notice not only the enchanting spires and tiles upon the roof, but the large open space beneath the house. We can clearly see that this space is largely dedicated to the storage of various items.
​Photo Source: Wikimedia Commons — User: Cam42
Naturally, there are things unique to these in-game houses not found in exactly the same format or combination as in the real world. The Legend of Zelda has long since drawn from various schools of architecture in creating their structures, so that they better give a certain impression; it is less a copying of a certain historical castle than it is drawing from many distinct sources to create something that gives the impression of castle. [1] Or, in this case, it is less taking an exact house from a certain cultural tradition, than it is the creation of an archetypal house drawn from many similar sources.

​On Outset Island, we see many things particular to the culture of this part of the ocean, such as the painted timber posts that hold up the thatched roofs and the unique designs upon the gables. The paintings and embellishments are largely simple in form, and consist of images done in red, white, and green paint. The doors each bear an upside-down, more stylized Triforce; the roof beams are striped green and white, with red ends; and the gables appear to show the birds-eye view of a stylized flower. In this town, there is nothing ornate; there are no statues erected in the square, no monuments of stone. It is very much a glorification of the simple, both in architecture and in life.

As with the majority of starting points in the Zelda universe, Outset Island is a village of humble beginnings, from which the Hero is shaken out of complacency and dragged into an unknown and frightening series of events within the larger world.
Given the items and tools adorning the walls in Orca's room, it is likely that Outset Island is a fishing community. [2] The walls above feature several shark jawbones, as well as many differently-sized fishing spears. Whether these are actually utilized, or if they are simply decorative, is not ever revealed.
Works Cited:

[2] The existence of fishing implements found throughout the village is incredibly odd, given that there are few fish (perhaps none) in the Great Sea, as its waters are unreal. As the Zelda Encyclopedia states: "The Great Sea in The Wind Waker is an illusory ocean created by a torrential downpour from the heavens. Its ethereal "water" is unlike the water natural to Hyrule, and so only monsters and Fishmen [noticeably not the Zora, strangely] are able to live there."